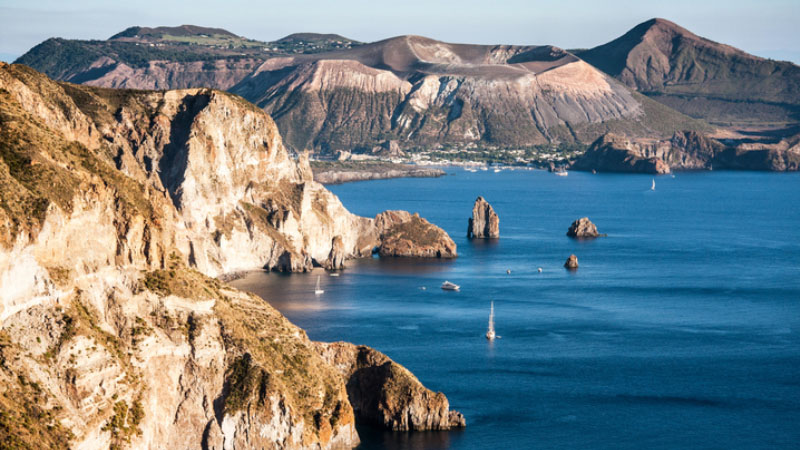 In the seabed between the island of  Panarea  and the islet  Basiluzzo  were detected 200  volcanic chimneys , researchers have called the area ” tuxedo land “, an area which by extension has no equal in the whole Mediterranean. To find a similar situation you need to move around in the seabed of the ocean.

The discovery is the  result of studies and analyzes carried out by  the group of researchers of the Institute of Marine Sciences of the National Research Council (CNR-ISMAR), National Institute for Environmental Protection and Research (ISPRA) and the National Institute of Geophysics and Volcanology (INGV), in collaboration with the Navy, University of Messina and Genoa and the Institute for coastal marine environment (CNR-IAMC). A task force of scientists, biologists and divers who identified  hydrothermal site that could change the approach to Mediterranean studies  and provide new tools for prevention in terms of  volcanic activity .

The study “Exceptional discovery of a shallow-water hydrothermal site in the SW area of Basiluzzo islet (Aeolian Archipelago, South Tyrrhenian Sea): an environment to preserve) ‘, it is essential to know unpublished information on the morphological characteristics of our waters and systems  hydrothermal  Mediterranean.

Tens of structures in  the form of a cone , consisting of iron oxide, the height variable between 1 and 4 meters and the diameter of up to 3 meters, it is so composed the forest of chimneys, some of which emit carbon dioxide which testifies activity tutt ‘anything but silent.

The discovery comes from an intuition oceanographer  John Borthwick  picked up by some of the surveys’  Ingv  followed a very active activity that occurred in 2002. Since then, aboard dell’Astrea and ISPRA, the vessels used to probe the seabed of the archipelago of the Aeolian Islands has gone in search of the source of the mysterious phenomenon.

In 2015, a  wire-guided robots  finally managed to get on top of the enigma locating in a southern area of the islet of Basiluzzo the hydrothermal vents colonized by a large number of algae and benthic organisms that have made the situation clearer.

The study phase, just to yield early as possible by the considerable amount of data collected, allowed to Italian researchers to realize the first hypotheses: with a good chance the Smoking Land where occurs the  release of hydrothermal fluids  are due to a  gas lift  that It sets in motion a circulation of sea water from the substrate. So it is not excluded that the 2002 phenomenon that intrigued scholars could be repeated even more forcefully. The importance of understanding the birth and development of the phenomenon, by monitoring the smoking land is fundamental to understand and groped to prevent the volcanic activity in the Mediterranean Sea.